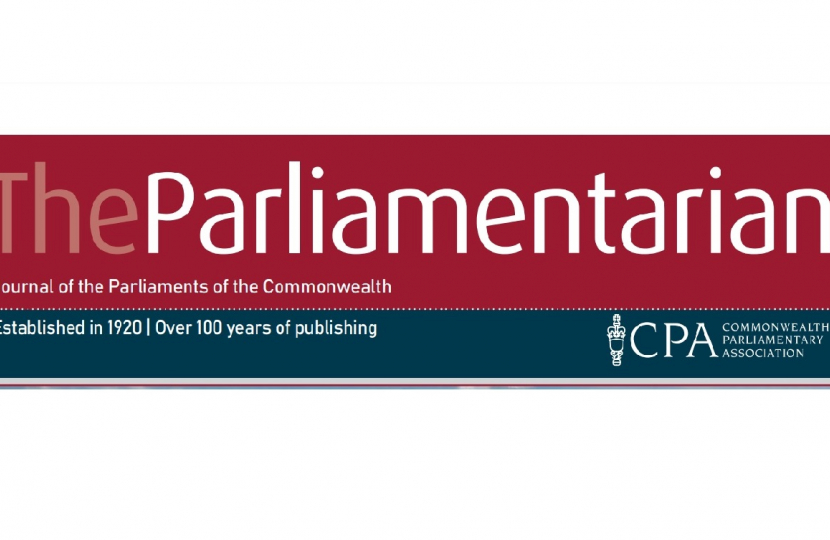 For over seven decades, the Commonwealth has united countries around the world under the shared values of democracy, human rights and the rule of law. Just as that spirit of unity and cooperation has been used to protect the rights and dignity of people around the globe, today we must direct that energy towards another crisis: protecting our planet’s biodiversity and reversing the impact of climate change.

Commonwealth nations have some of the world’s most biodiverse landscapes. The deep rainforests of Guyana, open savannahs of Kenya, the vast Great Barrier Reef in Australia are just a fraction of the ecological treasures held throughout the Commonwealth. Therefore, the Commonwealth is uniquely placed for its nations to work together to combat climate change.

A key challenge faced by many Commonwealth nations is the threat of deforestation. The need for raw materials, such as timber and agricultural products like palm oil, is one of the primary drivers for deforestation and the scale of the problem cannot be understated. Between 2015-2020, over a million hectares of forest were destroyed worldwide. Approximately 2,400 trees every minute. Which is why I was pleased to co-sponsor the Food Labelling (Environmental Sustainability) Bill in the UK Parliament, which urges food manufacturers to label products to indicate the environmental sustainability of their origins. This aims to help consumers in Britain make more informed choices about the sustainability of the products they buy, thus helping to reduce deforestation globally.

On the ground, the impact of deforestation can be seen firsthand in the Okavango Upper Zambezi Transfrontier Conservation Area (KAZA) – a protected area encompassing Angola, Botswana, Namibia, Zimbabwe and Zambia. Although not as widely reported as the deforestation occurring in places like Brazil or Indonesia, deforestation in the KAZA region is driven by many of the same factors, such as agricultural use and charcoal production. Unsustainable use of these landscapes has been a disaster for the wildlife in the region, which contains some of Africa’s largest populations of endangered species, including elephants, rhinos, lions and hippos. The impact of this destruction does not end here. Indigenous people who make up the rich cultural landscape of the Zambezi region have stewarded these forests, not only relying on them for food and shelter but also for protection from environmental hazards like flooding. This is not limited to the KAZA region, nor those living a traditional lifestyle. Globally, some estimates suggest that over 90% of those in extreme poverty rely on forests to survive. The wanton destruction of the earth’s forests puts the lives of the world’s most vulnerable at direct risk

Which is why as Chair of the International Development Select Committee’s Subcommittee on the Work of the Independent Commission for Aid Impact at the UK Parliament, I recently held an inquiry on International Climate Finance and how UK aid is used for halting deforestation and preventing irreversible biodiversity loss. At our oral evidence session with Lord Goldsmith, the UK Minister for the Environment at the Foreign, Commonwealth and Development Office (FCDO), I asked the Minister how the UK Government sees the role of tackling deforestation and protecting biodiversity in relation to reducing poverty. I was pleased to hear the Minister say that the UK Government is now actively looking for nature-based solutions when planning Official Development Assistance (ODA) funded projects.

One should also remember that the effects of deforestation endanger lives in the UK and across the Commonwealth by encouraging climate change. The processes behind this threat are simple. We all learn as children that trees absorb carbon and release oxygen. The world’s forests are therefore the world’s carbon bank, their presence is a critical safeguard against rising global temperatures. As forests are eliminated, that protection lessens, and the effects of climate change continue to compound. I was therefore pleased to attend COP 26 in Glasgow last autumn and to meet with the COP President, Rt Hon. Alok Sharma MP, to discuss tackling deforestation across the globe. I welcome that world leaders at this UK-hosted Summit pledged to end unsustainable deforestation by 2030. This was an important step that focused on the effects of global deforestation from a systemic level, addressing the driving factors often born out of demand in Europe and North America. It called for transformative action to promote sustainable agriculture without the destructive side effects. By declaring action on deforestation during a climate summit, leaders put a clear focus on the role forests play in reducing global carbon emissions. Nature Based Solutions to climate change are a powerful tool in addressing rising global temperatures.

Nature Based Solutions begin with the understanding that biodiversity loss is predicated on a range of complex and interlocking factors. Efforts to combat deforestation must be holistic and take on board the multifaceted nature of the problem. Since becoming the UK Member of Parliament for Stafford in the West Midlands, I have been working to protect our local environment, as well as dealing with the problems associated with climate change. I held a debate in the UK Parliament on tackling flooding in Staffordshire and I recently visited the Staffordshire Wildlife Trust’s Wolseley Centre to see the work they are undertaking to reduce the impact of flooding as well as improving our biodiversity and environment in Staffordshire.

As the UK Prime Minister’s Trade Envoy to Kenya, I have seen first-hand the positive impact of restoring landscapes in the fight against climate change. The coasts of Kenya have historically been home to large mangrove forests. These forests were the lifeblood of a vibrant local ecology, the endless channels and streams provided ideal habitat for diverse fish species to spawn their young. In turn, coastal communities relied on these forests for food and protection from coastal flooding. The decline of these forests made communities vulnerable to environmental hazards, it also removed a critical piece of their livelihood by collapsing the fish stocks that relied on the mangroves for the early stages of their life cycle. The lack of economic opportunity in turn contributed to further environmental issues. I welcome that the Kenyan government and concerned NGOs are restoring the mangroves, fish stocks are rebounding and biodiversity is being restored. But the benefits don’t end there. Mangrove forests are also one of the best sequesters of carbon in the natural world, capturing carbon more efficiently than terrestrial forests.

Pursuing Nature Based Solutions is, in essence, allowing nature to do what nature does best, to heal, restore and revitalise the earth for future generations to enjoy. It is a critical tool in the fight against global deforestation and climate change. Recognising this, as Chair of the UK Parliament’s All-Party Parliamentary Group on International Conservation, I helped facilitate and draft the signing of the Declaration of Glasgow, committing to expand the use of Nature Based Solutions to climate change. This Declaration was signed by Parliamentarians from more than ten countries, many of whom are Commonwealth member states such as Kenya, Botswana, Malawi and Saint Lucia. The Declaration of Glasgow showed the value of cooperation and collaboration between nations who share common values and interests. Through the Commonwealth, this effect can be scaled up to enormous heights, especially in the fight against global deforestation.

A key project that is already underway to try and restore our forests is the Queen’s Commonwealth Canopy (QCC) which was launched in 2015 with the goal of uniting protected forestry areas across the Commonwealth in one unbroken line. Protected areas range from the small botanical gardens of Singapore to the vast expanses of the Great Bear Rainforest on the Pacific coast of Canada. I have also been pleased to contribute to this initiative by marking The Queen’s Platinum Jubilee and planting a tree for the Jubilee with children from Flash Lee Community Primary School in my Stafford constituency. This tree forms part of The Queen’s Green Canopy increasing the number of trees and restoring Britain’s forests. I encourage everyone reading this to consider planting a tree this year not only to honour The Queen as the Head of the Commonwealth but also create a greener more positive future for our planet.

Through this Canopy, Commonwealth countries and territories have demonstrated their collective ability to work together to protect the world’s forests. It also highlights the Commonwealth’s network, its ability to share knowledge and best practice, underscoring its capacity to unite member states and territories towards common goals that benefit all of humanity. This meaningful step to end the scourge of global deforestation, will create a lasting legacy for Her Majesty The Queen and become a testament for cross-Commonwealth efforts to protect critical ecosystems and landscapes.

After the devastating global impact of the Coronavirus pandemic, the Commonwealth Heads of Government Meeting (CHOGM) this year is an opportunity for us to take the next big leap in the fight against global deforestation. I welcome the UK Government’s recent announcement of a £100 million Biodiverse Landscapes Fund which will aim to reduce poverty, protect, and restore biodiversity and lessen the impact of climate change in six environmentally critical landscapes across the globe, including the important KAZA region. It is vital that as Global Britain we support efforts to tackle deforestation both in the UK and throughout the Commonwealth.

Global deforestation is a crisis that affects us all. Its wide ranging, negative effects on biodiversity, climate change and environmental disasters cannot be understated. As leaders in our communities we must advocate for an end of unsustainable deforestation. We must urge our governments to work to remove unsustainable timber from our supply chains and agricultural products. We must also encourage companies to invest in projects that restore nature instead of destroying it. The CHOGM meeting in Kigali presents a rare opportunity to do just that. By supporting Nature Based Solutions and harnessing the vast expertise represented across the Commonwealth, leaders in Kigali can show the world that the Commonwealth can lead in protecting the planet and future generations from environmental catastrophe.

Theo Clarke MP for Stafford is pleased that 189 police officers have been recruited in Staffordshire since September 2019, bringing the total number of officers up to 1,837.