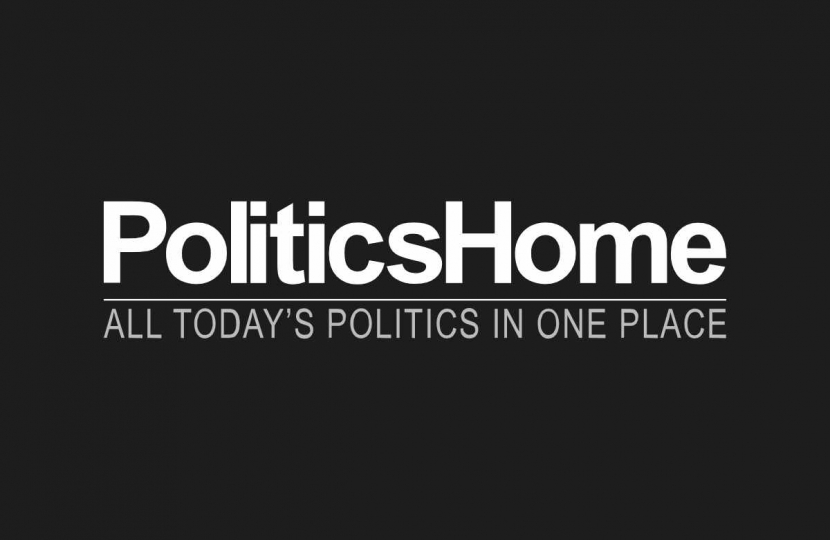 Protecting the environment must mean protecting people too

The world’s attention remains fixed on the pandemic, and with good reason. But this doesn’t mean that other global problems have somehow disappeared - far from it. The devastating effects of climate change and poverty remain and they risk being worsened by the events of the past year, with governments’ energies and finances diverted elsewhere.

Today, as the UK hosts a global summit on climate and development, we must start to put that right.

The climate change debate is often lopsided. Many tend to look at it as an issue for the west to solve and for the global south to be protected against - this is understandable but inaccurate. While it is true that developed nations contribute the vast majority of global emissions (and have done so historically) and the worst effects of climate change disproportionately affect developing countries, this is only half the story.

Climate change affects the whole world - it cannot be solved by one country alone. Reaching net zero emissions is a must, both for the environment and - increasingly - for the economy, but the domestic actions of the UK and other leading countries will count for little if we can not support the developing world to take the same necessary steps. And in doing so, we have a great opportunity to spread prosperity and alleviate poverty too.

The Paris Agreement of 2015 not only established the goals of limiting global temperature rises but also a commitment to a minimum of $100bn per year in climate finance for the developing world. Despite improvements in recent years, we are still short of that target - and the impact of the pandemic is likely to have stalled progress.

More worryingly, various analyses of the climate finance being provided show that a large proportion is made up of loans, piling up debt for already heavily indebted countries. With China’s extensive overseas development policies based on further indebting developing countries, other nations must not worsen an already bad situation.

The UK has a strong record in this area, having doubled its commitment on international climate finance to £11.6bn over the next five years and having pledged to end financing for fossil fuel projects overseas. But the UK’s most important role of all is as host of the major global climate summit COP26 in November, where countries will come together and assess progress in delivering the Paris Agreement, including on climate finance. With the world currently off track to meet the $100bn pledge, the UK has a key role in raising ambition and addressing one of the biggest roadblocks to progress in tackling climate change. Today’s conference must kickstart that process.

And amidst the discussions on the amounts being pledged, we must not lose sight of what matters even more: how the money is actually spent. It is vital that those countries on the frontline against climate change can fund the protections they need, but there is a huge economic opportunity here too.

In the UK, politicians rightly trumpet the benefits that going green brings for jobs and trade, but we spend precious little time talking about how the global south can share in this opportunity too. For although we normally see the environment and poverty as two issues to be tackled separately, they are intimately related - the destruction of the environment through climate change most severely harms those in the developing world who rely directly on the natural world for their livelihoods. I saw for myself on a recent trip to Kenya how flooding is damaging farming and negatively impacting on food security. If we use the right tools to protect the environment, we will fight poverty too.

In practice, this means not just meeting the $100bn target, but also governments, private investors and charities making sure that all their climate work overseas provides long-term, local jobs, renewable energy and better infrastructure as well as an enhanced natural environment. It means breaking down trade barriers in the goods and services that will help the developing world deliver net-zero emissions without relying on unsustainable debt. And it means massively increasing global support for effective but underfunded nature-based solutions, such as the Wolseley Centre project in my constituency where Staffordshire Wildlife Trust is using natural flood management techniques to help alleviate flooding.

Climate change is the ultimate global challenge - we will not solve it without every country playing its part. But as we cut emissions, we must not deepen existing wealth inequalities by shutting the developing world out of the opportunities that will come from a clean transition in trade, jobs and economic growth. The UK should be proud of being a world leader on both climate change and international development - as Global Britain, we must use today’s summit and our hosting of the G7 and COP26 to lead this mission in this vital year.