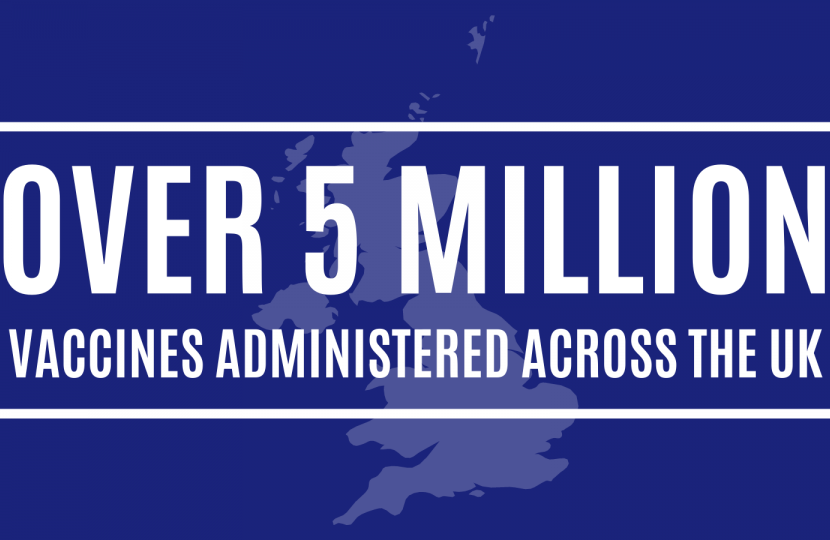 Theo Clarke, MP for Stafford has welcomed the Government’s Vaccines Delivery Plan – the biggest vaccination programme in British history – that sets ambitious targets as the government continues to ramp up its vaccine rollout.

Already in Staffordshire and Stoke on Trent, 92,356 vaccinations have been administered, as part of plans to vaccinate the top four priority groups by mid-February. In the Midlands, 691,549 people have received a vaccine, with 756,433 doses administered in total across the area.

On top of this, the Government is opening up new vaccination sites every day as part of our Vaccine Delivery Plan to ensure everyone is within 10 miles of a vaccination centre. Theo Clarke, MP for Stafford has welcomed Holmcroft Pharmacy in Staffordshire becoming one of the latest places to begin administering the vaccination. 65 pharmacy sites are joining the programme this week and early next week with more to come.