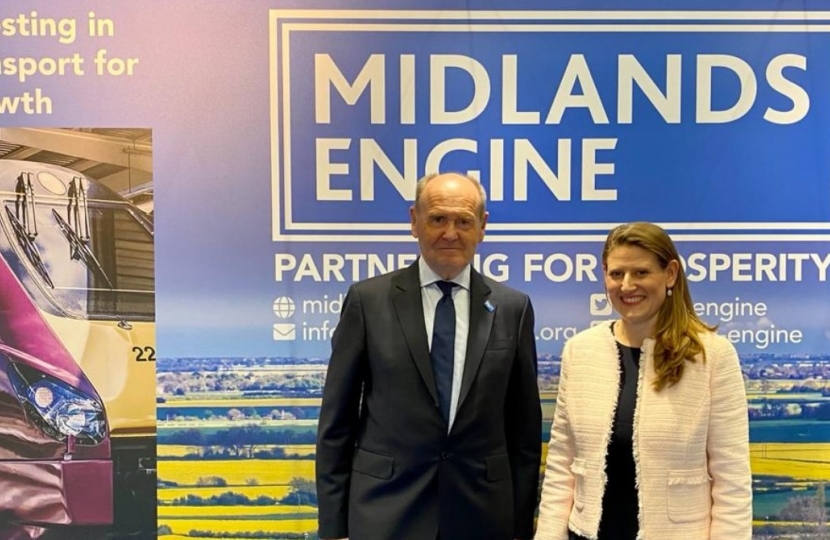 Theo Clarke MP for Stafford was pleased to meet with the Midlands Engine Chairman, Sir John Pearce. Ms Clarke discussed the importance of entrepreneurship and women in leadership in Staffordshire and across the West Midlands. The Midlands Engine brings together public sector partners, businesses, combined authorities, enterprise partnerships and universities who are working to level up the economy and drive prosperity across the Midlands. The Midlands is the largest regional economy in the UK outside London and home to almost 11 million people.