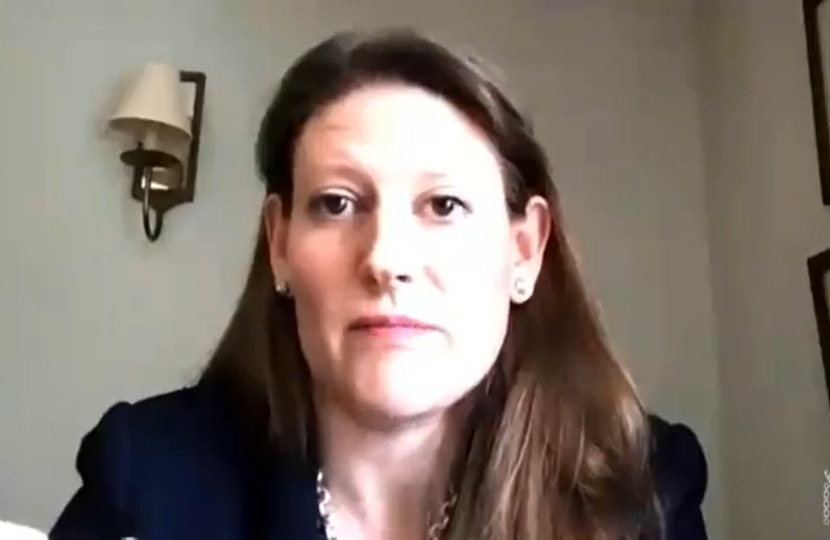 Theo Clarke MP for Stafford spoke in the Commonwealth Day Parliamentary debate about the importance of international relationships for Global Britain and how increasing trade with Commonwealth countries can create more jobs in Stafford and across the UK.

To watch the video of Theo Clarke MP for Stafford delivering her speech please click here.

Please see the full text of the speech below:

It is a pleasure to speak in this debate under your chairmanship, Mr Paisley. I commend my hon. Friend the Member for Bridgwater and West Somerset (Mr Liddell-Grainger) for securing this important and timely debate, as Commonwealth Day was last week and the Commonwealth Heads of Government Meeting 2021 is due to be held in Kigali, in Rwanda, this summer.

CHOGM, in my view, is an excellent opportunity for the UK to lead by example in the Commonwealth, including by raising the importance of girls’ education, international conservation and women in trade, all of which should be critical to the Government’s global Britain agenda. I welcome the Prime Minister’s ambition that all girls should receive 12 years of quality education, and I commend the Government for the work they are doing on the SheTrades programme throughout the Commonwealth. I was honoured to have been appointed as the Prime Minister’s trade envoy to Kenya, and I am particularly pleased that, in this role, I am able to work with such a crucial Commonwealth country, and to connect with its citizens.

Let me start by recognising the devastating impact that the coronavirus pandemic has had, and not just on my constituency of Stafford but throughout the Commonwealth. According to a recent report from the OECD, covid-19 has now pushed the number of people living in extreme poverty in Africa to over 1 billion. The immense scale of the challenges that lie ahead demand collaboration across the Commonwealth, and I am determined to ensure that our countries work hand in hand so that, together, we can build back better, stronger and greener than ever.

At the end of last year, I attended the signing of the UK-Kenya economic partnership agreement, where we were fortunate enough to host Cabinet Secretary Maina, in person, at the Foreign Office. This new trade deal between Kenya and the UK ensures that, as the UK forges a new path outside the European Union, businesses in Kenya— such as those selling tea, coffee, food and flowers—can continue to enjoy duty-free access to the UK market, supporting jobs and livelihoods in both our countries. Trade deals such as this have now been replicated with countries throughout the Commonwealth, and much of this, I believe, is due to the strong existing diplomatic ties that the UK has with our Commonwealth partners.

I was also pleased to attend the Africa investment conference in January, where it was clear to me that the Government remain absolutely committed to the Commonwealth and to delivering a global Britain agenda. At the inaugural UK-Africa investment summit just last year, which was hosted by the Prime Minister, I was pleased to see deals facilitated that totalled more than £6.5 billion and spanned sectors from infrastructure to retail, technology and energy.

In November, I also attended the UK-Kenya economic development forum, which was also attended by the UK’s Africa Minister, who is here with us today. I was pleased that the UK announced so much funding for trade and investment opportunities, which really showed the Government’s commitment to this region.

Last month, I hosted my first virtual visits to Kenya, where I saw at first hand the aim of this year’s Commonwealth Day, which is a theme of delivering a common future. I first met the UK-backed TradeMark East Africa to see the excellent work that it is doing to improve trade infrastructure and improve the goods flow for British businesses. I also held discussions with the Kenyan Insurance Regulatory Authority about how it is increasing financial inclusion, particularly in rural Kenya. I also visited the Durham School, which I commend as the first British school to open in east Africa, to see this international school’s partnership with the UK in transforming education opportunities for children in Nairobi.

Finally, to coincide with International Women’s Day, I held a roundtable with the British Chamber of Commerce on female businesses in Kenya. We had a very interesting discussion about inclusive leadership, supporting SMEs and how to get more women involved in businesses.

I was reminded of the connections between the Commonwealth and my constituency when I spoke with the executive director of General Electric in east Africa, as many of my constituents are employed in its Stafford-based facility, and it is of course exporting generators to these less developed countries, creating jobs both at home and abroad. It is very clear to me that increasing trade can lead to business opportunities across the Commonwealth, from Kenya to Stafford, helping both to build back better. The Queen said in her Commonwealth message last week:

“Looking forward, relationships with others across the Commonwealth will remain important as we strive to deliver a common future that is sustainable and more secure”.

For me, that is the key message. Our Commonwealth community is immensely valuable and we must continue to increase trade for the UK, and throughout the Commonwealth.

Theo Clarke MP for Stafford was delighted to host a Westminster Hall Debate in Parliament on ‘Back British Farming Day and the future of domestic agriculture’.