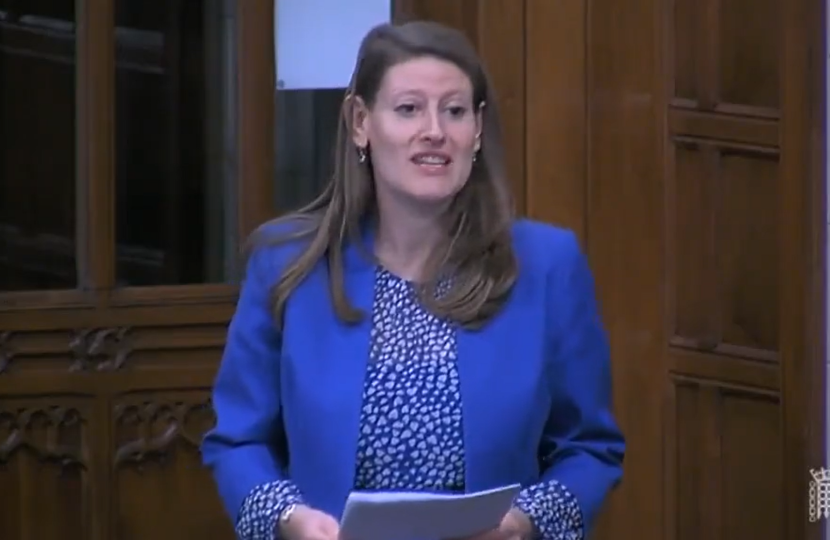 “It is an honour to serve under your chairmanship, Mr Davies. I am delighted to have co-sponsored the debate with my hon. Friend the Member for Bridgwater and West Somerset (Mr Liddell-Grainger), and I congratulate him on securing it on Commonwealth Day.

I am honoured to have been appointed as the Prime Minister’s trade envoy to Kenya, one of the leading Commonwealth nations in east Africa. The close Commonwealth connections between the UK and Kenya mean that it is one of the first countries that the UK has done a trade deal with in this area following our exit from the European Union. I was pleased to be at the signing of the UK-Kenya economic partnership agreement, which I believe will provide continuity for UK businesses and help to create more jobs, both at home and abroad. From my recent visits to Kenya to meet British businesses working in east Africa and Kenyan Government Ministers, the importance of this trade agreement for our mutual prosperity is very clear. Such trade deals are being replicated across the Commonwealth, increasing economic prosperity for all Commonwealth citizens.

Like my hon. Friend the Member for Bridgwater and West Somerset, I attended the Commonwealth service at Westminster Abbey yesterday with the Prime Minister and the royal family. I sat alongside a number of African MPs who were here this week in London to attend the Westminster Seminar. I was struck by how united the Commonwealth is in its aims for the future and how immense the potential is to tackle the great global challenges we all face, including one of the biggest threats to our current way of life: climate change.

I attended the COP26 summit last year in Glasgow to meet with parliamentarians from around the world who are all so dedicated to delivering sustainable development goals and looking at ways to promote international conservation. It was clear from talking to those MPs that there is international will to tackle climate change. In particular, there were strong commitments from Commonwealth nations. I welcomed the Glasgow Climate Pact, which includes a plan to phase down the use of unabated coal power, as well as the Global Methane Pledge, which was signed by over 100 countries, committing at the summit to cutting their methane emissions by 30%. These steps will lower greenhouse gas emissions and help to reduce the use of fossil fuels, which ultimately will help us tackle climate change.

As ever, it is vital that these agreements are what make a real difference on the ground. I note that the COP26 President, my right hon. Friend the Member for Reading West (Alok Sharma), recently said at COP26,

“This is our last hope…Our best chance of building a brighter future.”

I welcome the fact that he retains the COP presidency until November this year, so that we can continue to make progress on tackling climate change. I believe this is a real opportunity to build on the plans to reach net zero by 2050; as a global Britain, we should continue to use the COP presidency as a platform to protect our planet further.

Climate change and damage to the environment are occurring now as I speak here in Parliament. In the last minute alone, we have lost 30 football pitches of forest and at present, over 1 million species are facing extinction. Those are staggering figures. The reality is that climate change is not just about statistics or abstract concepts of temperature modelling: it impacts the lives of people every day living in the Commonwealth. Sadly, it is only set to get worse in the future if we do not work together to tackle it.

I am sure that, like me, many Members saw Tuvalu’s Foreign Minister Simon Kofe’s very emotive speech at COP26. He said, “We are sinking.” The camera then panned behind him to show that the island where he was standing was actually under water. As they say, a picture really does speak a thousand words. Climate change and rising sea levels are a problem not just for Tuvalu but for British overseas territories and other countries throughout the Commonwealth.

Also at COP26, the UK launched the Clean Green initiative to help developing countries take advantage of green technology and grow their economies sustainably. That included a doubling of UK-aid-funded green investments to more than £3 billion over five years. It provides new guarantees to support clean infrastructure projects in the Commonwealth and throughout the developing world.

One of the obvious opportunities for renewable energy is in east Africa with solar. Let us face it: Africa has a lot more sun than we do in London. On my first visit to Kenya as trade envoy last year, I saw first hand the transformative impact that renewables can have in Africa. I toured east Africa’s largest solar plant—Malindi—which was built by the British firm Globeleq using $32 million of financing from CDC Group, now British International Investment. The plant’s 157 solar panels began powering a clean energy transition earlier this year. That is a great example of where the UK-Kenya economic partnership is already delivering clean, green infrastructure on the ground in Kenya today and is the type of collaboration I would like to see replicated across the Commonwealth.

We have also seen deforestation throughout the Commonwealth; sadly, it is exacerbating climate change. As the chair of the sub-committee on the work of the Independent Commission for Aid Impact, I have recently held an inquiry on international climate finance and how UK aid is used for halting deforestation and preventing irreversible biodiversity loss. We had a recent oral evidence session with Lord Goldsmith as the Minister for the environment at the FCDO. I asked the Minister how the Government see the role of tackling deforestation and protecting biodiversity, specifically in relation to reducing poverty. I was pleased to hear the Minister say that the Government are now actively looking for nature-based solutions when planning Official Development Assistance-funded projects.

Tackling deforestation and planting trees is one of the areas where the Commonwealth is leading the world. The Queen’s Commonwealth Canopy, launched at the Commonwealth Heads of Government meeting in 2015, is an excellent example of how all Commonwealth countries are collaborating to make a difference to our planet. This is a flagship international conservation project and comprises millions of trees, from the Maldives to Malawi, from St Lucia to Singapore. It will eventually link Commonwealth nations across the globe, which demonstrates the power of the Commonwealth working together for the common good.

The project is also being replicated here in Great Britain. Earlier this month, I was delighted to plant my first tree for the platinum jubilee at Flash Ley Community Primary School in my Stafford constituency. Not only will that fruit tree teach local children about caring for the environment, but it also forms part of the Queen’s Green Canopy, which aims to encourage every community throughout the United Kingdom to plant trees to mark Her Majesty’s 70th year on the throne and expand the tree canopy in the Commonwealth. I encourage all my colleagues to do the same and especially the Minister, as my next-door neighbour in Staffordshire.

In conclusion, I applaud the efforts of all countries in the Commonwealth that are aiming to create a sustainable future that is more green. The Queen, as the Head of the Commonwealth, said it best in her recent Commonwealth statement. She said we must:

“endeavour to ensure the Commonwealth remains an influential force for good in our world for many generations to come.”