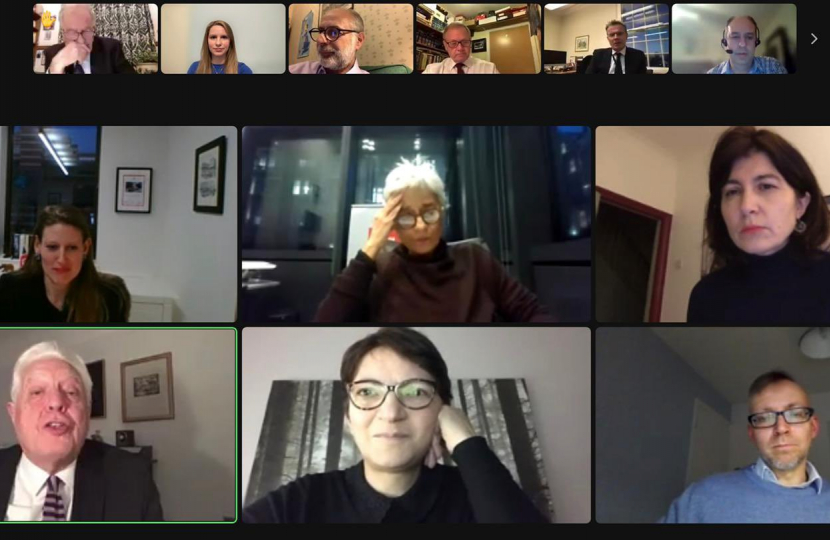 As Vice-Chair of the BBC All-Party Parliamentary Group, Theo Clarke MP for Stafford, chaired an important discussion with the BBC World Service. The event focused on Media Freedom, the safety of journalists and stopping the spread of disinformation. The BBC World Service is a world leader in offering high quality trusted journalism.  Ms Clarke thanked the frontline journalists who joined this event for their dedication and their fantastic work raising the importance of media freedom. This session, led by Ms Clarke enabled journalists to share their insight directly with Parliamentarians.

During this event, Ms Clarke interviewed journalists from across the BBC about some of the challenges they are experiencing in a climate of growing insecurity, particularly in Russia, Ukraine, Afghanistan and Iran. The speakers included John Simpson the BBC World affairs editor who spoke about his extensive experiences including those in Afghanistan. Liliane Landor, Director of the BBC World Service who discussed the BBC World Service globally. Kateryna Khinkulova, BBC Journalist covering Russia and Ukraine, Rozita Lotfi, BBC Persian Editor who gave an update on the harassment of BBC Persian staff and their families by the Iranian authorities and Paul Adams, BBC World Affairs Correspondent, who was live on the ground in Ukraine to give an update of the ongoing situation. These speakers represented a number of different areas of the BBC World Service and the range of roles it takes to provide accurate world news.