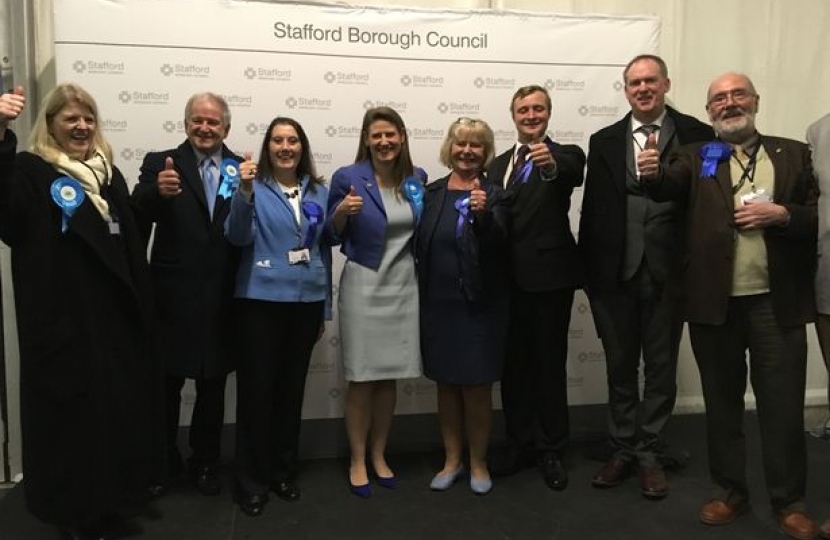 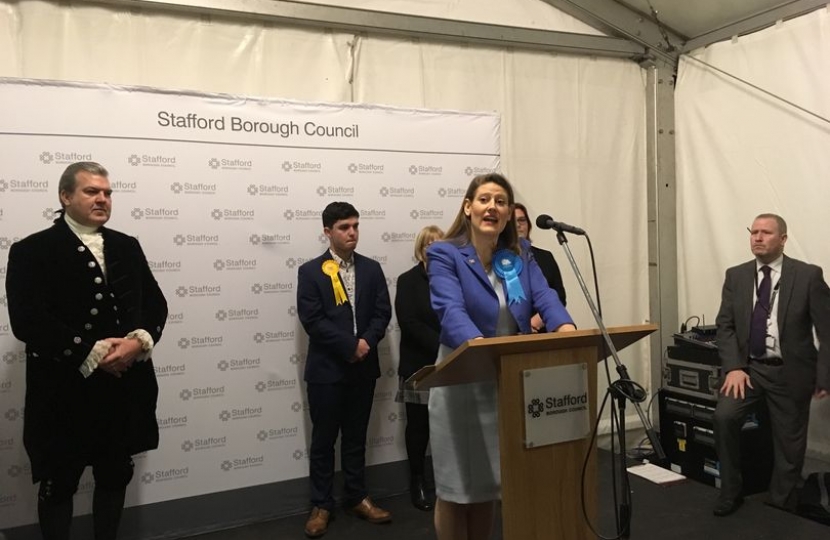 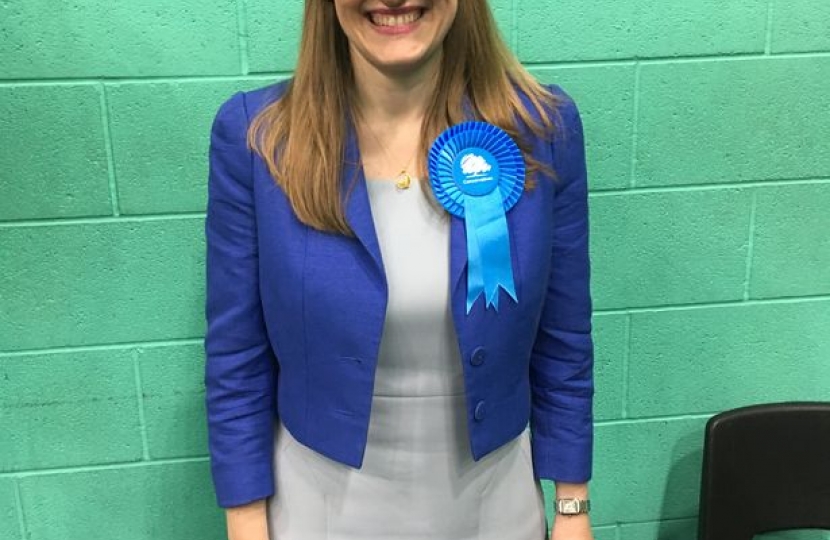 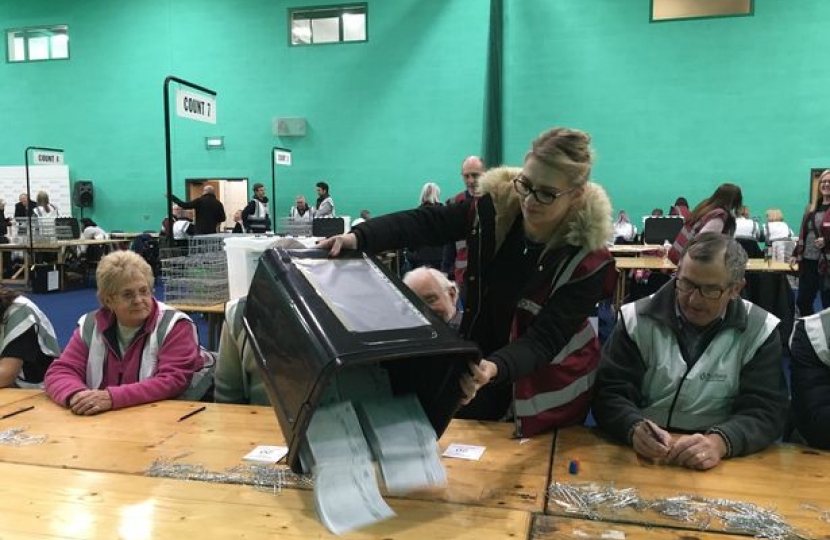 Tory-held Stafford has a new MP - after Theo Clarke retained the seat for the Conservative Party.

One of the last candidates to arrive at Stafford Leisure Centre in the rainy early hours of this morning, she found out after 3am that she would succeed previous incumbent Jeremy Lefroy, who had announced he was stepping down before the snap election was called.

Conservative members of Stafford Borough Council and Staffordshire County Council turned out in force to witness her victory and join the celebrations. They included current borough authority leader Patrick Farrington and his predecessor and former councillor Mike Heenan.

One of Ms Clarke’s first acts as the area’s new MP was to pay tribute to her predecessor and his work, as well as thanking those who had supported her in her successful campaign.

She said: “I’m honoured to be elected as Member of Parliament for Stafford. I can’t wait to get started representing this beautiful part of the country.

“I promise to work hard to deliver the priorities I set out in my election campaign. I will ensure Stafford’s voice is represented in Westminster. I’m also backing our Prime Minister to get Brexit done.

The evening had already got off to an optimistic start for the Tories with the publishing of the exit polls after 10pm indicating they were on course to secure a majority nationally.

Local Conservative members appeared hopeful of retaining the Stafford seat – and saw their vote count in Stafford increase by more than 1,500 compared to Mr Lefroy’s result at the 2017 General Election.

Ms Still said the campaign had been positive however – and offered her best wishes to the new Stafford MP.

She said: “We have been putting in a lot of effort and finding out what the key concerns are for Stafford. Number one was the hospital and the fact we have no 24-hour A&E.

“People have been concerned about maternity services and babies being born on the A34. And elderly people who can’t get treatment at County Hospital have to go to Cannock.

“It’s a very disappointing result for us but we fought a good campaign and it was great going out and meeting the people of Stafford. I wish you all a very merry Christmas and a prosperous new year.”

In third place was Liberal Democrat Alexander Wagner, who at 18 was one of the country’s youngest General Election candidates. He gained 3,175 votes – more than double the 1,540 that 2017 Liberal Democrat candidate Christine Tinker received.

He said: “It’s been a privilege to be able to stand in the first place. I think we expected to do better here than the last time – even if it’s a mixed result across the country.”

He added that Brexit proved a talking point for voters alongside local issues.

“It came up more than anything and I’m delighted our party was unequivocal about Brexit”, he said.

“I think people are really interested in regenerating the town centre and having far more efficient public transport. Another big one was County Hospital and a 24-hour A&E.”

Green Party candidate Emma Carter received 2,367 votes – another rise compared to the 1,265 of 2017 when Tony Pearce was the party’s candidate.

She said: “I have had a lot of really positive comments from people and it’s been great to get out to the hustings events and hear the views of the people of Stafford. Even when you live here there is more to find out and learn from people – particularly at the education hustings and speaking to teachers.

"Probably the biggest issue was the NHS and County Hospital’s A&E provision being reduced. But it goes beyond that – I had to wait a month for a routine doctor’s appointment.”

But despite the hostility reported in other parts of the country during this general election Stafford candidates and political party members alike said they had received a good reception from voters.

The Stafford seat has now been held by the Conservatives for almost a decade, after Mr Lefroy won it from Labour’s David Kidney in 2010. Mr Lefroy went on to win two further victories in 2015 and 2017 before announcing his retirement earlier this year.

Ms Clarke – a niece of fellow Conservative MP Jacob-Rees Mogg and a distant descendent of former U.S. president Theodore Roosevelt – previously set up her own small business and is chief executive of a charitable organisation.

She has pledged to bring 'real-life experience' to Parliament, as well as championing farming communities, standing up for County Hospital and campaigning for new services to be introduced.